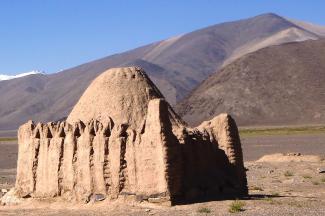 The story as culture is strongly marked by the passage of Alexander the Great after submitting the Scythians in 329 BC. AD Then the territory of Tajikistan shall be submitted by the Mongol Empire (and later named "Mogul Empire"). It is ultimately the Russians and the Soviets who control this small country before it became an independent Islamic Republic.