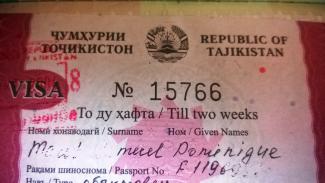 Citizens of 110 countries will be able to travel to Tajikistan without visa.

In order to attract more investment and in order to increase tourist arrivals, the Tajik government has decreed a new list of 52 countries, including most of the European countries. This new list will become effective from January 1, 2022.

The period of stay of such persons in the territory of Tajikistan by a government decree is set at 30 days.

Currently, Tajikistan has a bilateral visa-free regime (or with a visa on arrival) from 58 countries of the world.

The introduction of a unilateral visa-free regime from January 1st applies to citizens of the following countries of the world: