Lake Issyk Kul has a length of 182 km, a width of up to 60 km, and covers an area of 6,236 km². This makes it the second largest mountain lake in the world behind Lake Titicaca. Located at an altitude of 1,606 m, it reaches 702 m in depth. About 118 rivers and streams flow into the lake - the largest are Djyrgalan and Tyup. It is fed by springs, including many hot springs, and snow melt-off, and it has no current outlet. Its southern shore is dominated by the ruggedly beautiful Tian Shan mountain range. The lake is slightly saline and its level drops by approximately 5 cm per year.

Lake Issyk Kul was a stopover on the Silk Road, a land route for travelers from the Far East to Europe. Many historians believe that the lake was the point of origin for the Black Death that plagued Europe and Asia during the early and mid-14th century. The lake's status as a byway for travelers allowed the plague to spread across these continents via medieval merchants who unknowingly carried infested vermin along with them. A 14th century Armenian monastery was found on the northeastern shores of the lake by retracing the steps of a medieval map used by Venetian merchants on the Silk Road. 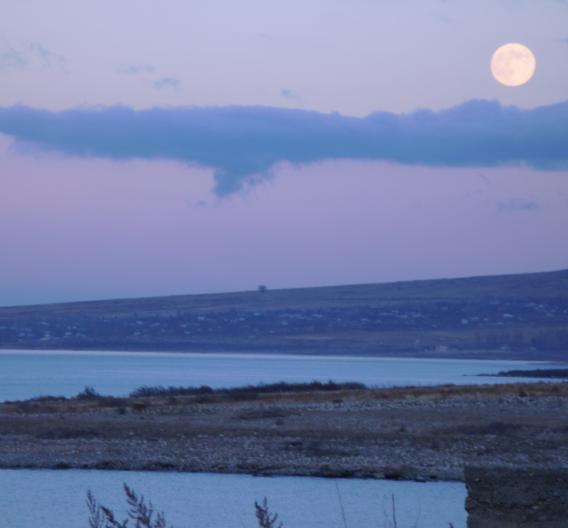 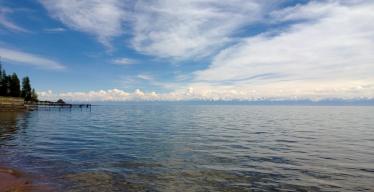 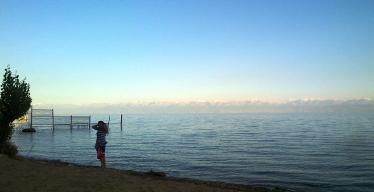 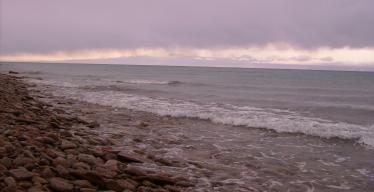