Sulaiman-Too Sacred Mountain dominates the Fergana Valley and forms the backdrop to the city of Osh, at the crossroads of important routes on the Central Asian Silk Roads. For more than one and a half millennia, Sulaiman was a beacon for travellers revered as a sacred mountain.
Multi-temporal and heterogeneous monuments dating from the Neolithic to the late Middle Ages inclusive form Historical-archeological complex Sulaiman-Too.
They are represented by the location of stone tools, places of worship, petroglyphs, settlements of the Bronze Age, the paths of pilgrims, many of which are still in use today. Besides, there are epigraphy, medieval architectural, irrigation facilities, ethographic zone. The significant and intangible heritage of the mountain expressed in legends, microtoponymy, in the living rituals of worship and sacrifice, in the traditional ethics of behavior and service.
That is why Sulaiman-Too became the first object of Kyrgyzstan included in 2009 to the UNESCO list of the World natural and cultural heritage as the only sacred mountain in this region of Central Asia, uniting the most diverse natural and cultural components of different eras, expressing the spiritual aspirations of varions communities united by universal world views. 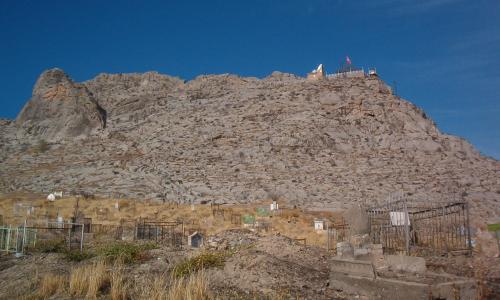 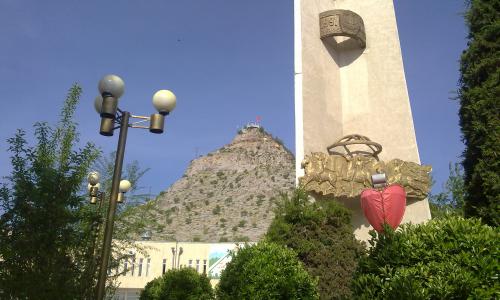 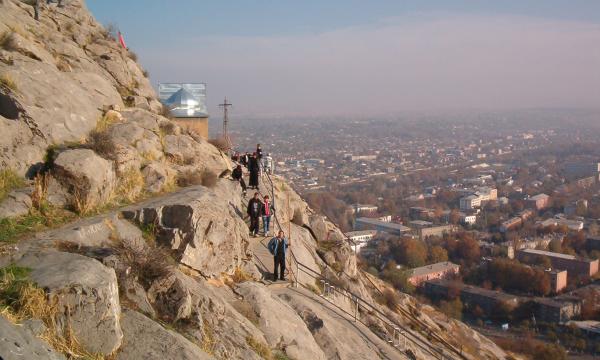 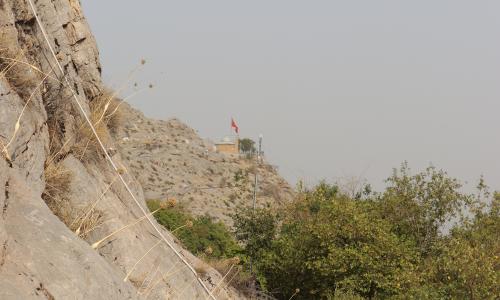