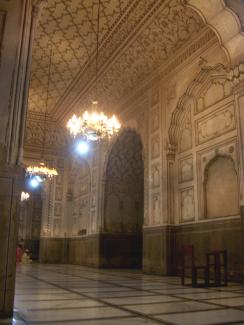 Pakistan's rich history encompasses the Indus Valley region. The region served both as fertile ground for a great civilization and as a gateway from South Asia to Central Asia and the Near East.

Located on the first coastal migratory route of Homo sapiens outside Africa, the region was inhabited early on by modern humans. The 9,000-year history of village life in South Asia dates back to the Neolithic site (7000-4300 BCE) of Mehrgarh in Pakistan, and the 5,000-year history of urban life in South Asia to the various sites of Indus Valley civilization, including Mohenjo Daro and Harappa.

The millennia that followed saw the region of present-day Pakistan absorb many influences, Buddhists represented among others in the ancient Buddhist sites of Taxila and Takht-i-Bahi, the 14th century Islamic-Sindhi monuments of Thatta and by the Mughals of Seventeenth century. In the first half of the 19th century, the region was appropriated by the East India Company, followed, after 1857, by 90 years of direct British rule, and ended with the creation of Pakistan in 1947, thanks to efforts, among others, of its future national poet Allama Iqbal and its founder, Muhammad Ali Jinnah. Since then, the country has experienced both civil-democratic and military rule, which has resulted in periods of significant economic and military growth as well as periods of instability; An important event during the latter was the secession of East Pakistan as a new nation from Bangladesh when it lost the war against India in 1971.