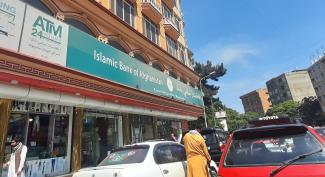 The Afghan rupee was the currency of Afghanistan until 1925. Before 1891, silver rupees circulated with copper falus and gold mohur. The three metals had no fixed exchange rate between them, with different regions issuing their own coins.

In 1891, a new currency was introduced, based on the Kabuli rupee. The rupee was subdivided into 60 paisa, each of 10 dinar. Other denominations issued included the shahi of 5 paisa, the sanar of 10 paisa, the abbasi of 20 paisa, the qiran of 1⁄2 rupee and the tilla and later the amani, both of 10 rupee. The rupee was replaced in 1925 by the Afghani, which is the currency today, but continued to be in circulation until 1978.

Money can be changed in Bank, in official money exchange offices or at Halawa offices.