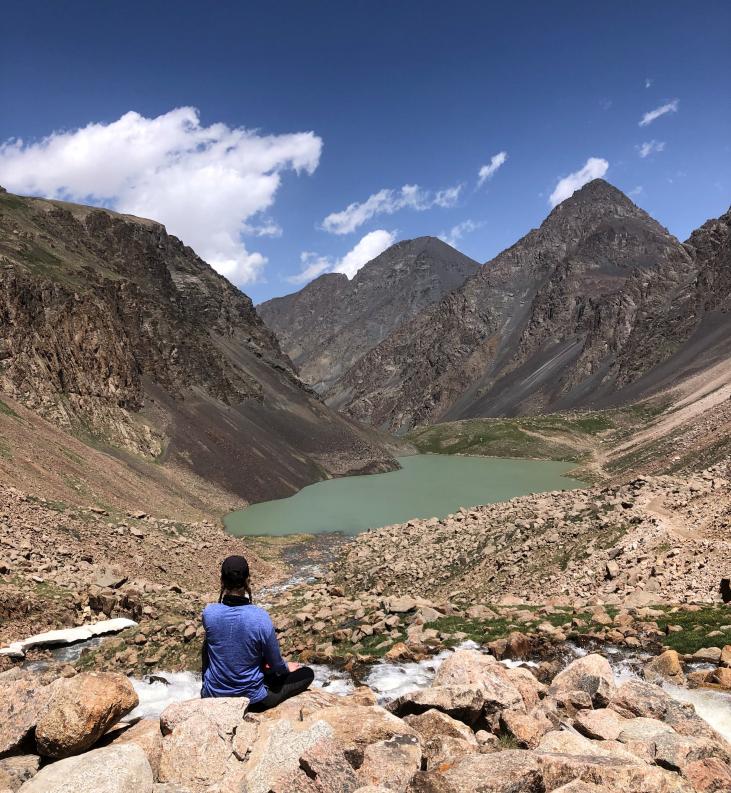 The Juku Gorge (Juku, Zhuuku or Zaouka) is the longest gorge in the Terskei AlaToo range, famous for its varied nature, its beautiful views and its vast expanse. It is located on the southern coast of Lake Issyk-Kul where the waters flow, 40 kilometers from the city of Karakol. The three main tributaries are the rivers Asha Kashka Suu, Dongouromé and Jukutchak, known for its hot springs.

The views in the gorge are very picturesque: there are cliffs of red sandstone carved by the rains and covered with green-gray plants, beautiful meadows dotted with edelweiss, a thick forest of Tien Shan firs, several high mountain lakes crowned with glaciers and tumultuous rivers.

In the upper part, the gorge turns 90 degrees to the south in the middle of several glaciers to connect to the high desert steppe plateau. From the Juku Pass, the view is breathtaking towards this plateau with the glaciers of the Soek mountain range, in the background. Below this plateau, the permafrost slowly advances this valley covered with lakes located at an altitude of more than 3700 meters.

The fauna of the Juuku Gorge is wilder and more numerous than in the other gorges. Here you can see whole herds of ibex or mouflons, stone martens, roe deer, tetraogalli, different species of partridges. Dangerous predators are also present such as the wolf, the snow leopard, the lynx and the bear. It is common to see golden eagles, vultures, vultures or falcons in the sky above the valley.

Despite the difficult relief of the gorge, Juku has long been the only way to reach China from the Issyk Kul Valley.

The oldest traces have been left by hunters from antiquity to the present day, by drawing wild animals and symbols on the blackened stones, which are called petroglyphs. On the way that leads to the city of Ak-Suu in China, we can observe all along the way, the ancient paths that the caravansers used, tumuli and tombs of Scythians from the VII BC, Buddhist inscriptions and many other works from different eras that are waiting to be studied by archaeologists.

The Juku Valley was the start of a long crossing without refueling of more than 100 km through the Tien Shan highlands. You had to be prepared to spend almost 2 weeks at high altitude, in the freezing cold, crossing deep rivers and dangerous passes.