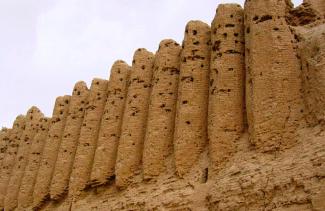 Many archaeological sites are  discovered from the Stone Age (in the mountains of the Balkan Mountains), then as early as 6000 BC. Agriculture leaves his first tracks. Already in the Bronze Age civilization in Turkmenistan was sophisticated. In ancient Persia, the city of Merv becomes a regional capital founded by Alexander the Great. But unfortunately, cities and populations disappear after passing Chengis Khan.